Alligator weed has been discovered in Taranaki, with work under way to establish how far the invasive pest plant has spread. 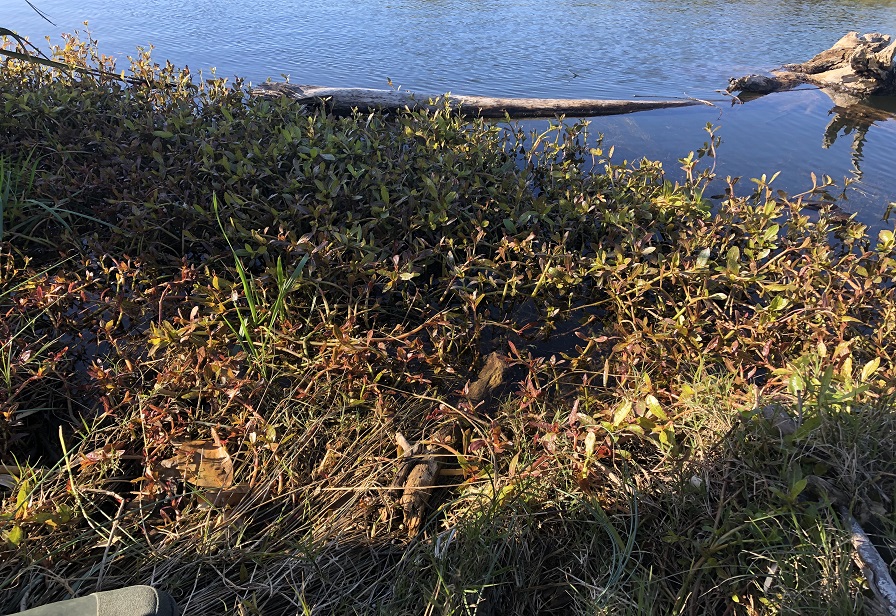 Taranaki Regional Council Environment Services Manager Steve Ellis says the identification of the aquatic weed in a lagoon near Waitara is disappointing but was perhaps inevitable, given it is widespread in neighbouring regions.

“Obviously we didn’t want it in Taranaki, but the fact it’s been found is good news. We are hopeful we have identified it relatively early, allowing us a window of opportunity in which to contain its spread.

“Alligator weed is notoriously difficult and costly to control once it becomes widely established so we’re doing everything we can to prevent that happening.”

The identification comes after the Council and Ministry for Primary Industries launched a joint project focusing on pest pathways into the region and the identification of potential new pest species.

A recent Council Facebook post highlighted the threat of alligator weed – which led to an eagle-eyed local reporting a possible sighting in the coastal Waitara lagoon.  The Council took a sample and Manaaki Whenua – Landcare Research confirmed it was alligator weed.

The Council is now working with experts to determine the extent of the infestation before making a plan for its control.

Mr Ellis thanked everyone who has reported suspicious weeds and urges the public to remain vigilant.

“This example shows just how important community support is for biosecurity. The more eyes we have out and about, the less chance of new weeds being allowed to thrive.”

Anyone who spots an unusual weed should upload a photo to the Find-a-Pest app or website.

Alligator weed (Alternanthera philoxeroides) is a low-growing non-woody perennial plant that is considered one the world’s worst weeds.

The fast-growing weed can grow in both sea and fresh water, where it forms floating mats. It can block waterways, aggravating flooding and impeding access. In pasture, it can out compete more favourable plants and be harmful to animals. It establishes and spreads aggressively from even the smallest stem fragments. It can also grow on land.

For more about alligator weed, go to www.weedbusters.org.nz(external link).