New Zealand’s longest-serving local body chief was farewelled into retirement today, lauded for his ‘extraordinary’ contribution to the Taranaki community. 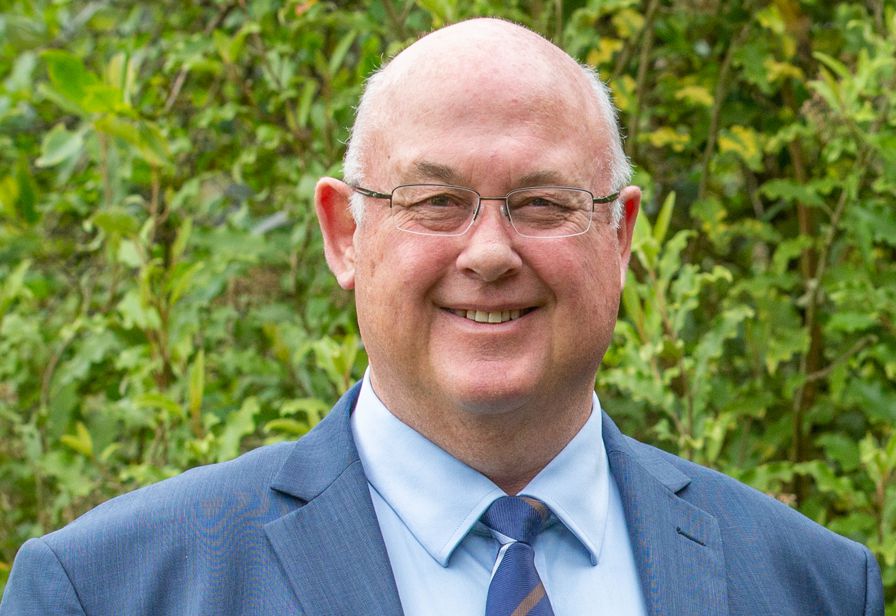 Basil Chamberlain has been Chief Executive of the Taranaki Regional Council since it was established in 1989. He’d been employed by its predecessors since 1980, starting out as a Water Resources Officer for the Taranaki Catchment Commission and Regional Water Board.

“He’s been fully committed to the region for those 40 years and he’s made an extraordinary contribution,” says the Council Chair, David MacLeod.

“The region has benefited immensely from his powerful intellect and his superb ability to strategize and develop robust and effective processes and programmes.

“Taranaki is known as a place of creative, innovative and successful initiatives, and Basil has been at the forefront. The Riparian Management Programme and Towards Predator-Free Taranaki are just two notable examples of his approach: careful forethought and planning, adaptability as lessons are learned or circumstances change, and strong community involvement. No wonder these programmes are successful.

“And being the man that he is, Basil is always reluctant to claim any personal credit for Council successes under his leadership. He’ll firmly tell you they are the results of team effort by staff, Councillors and, most importantly, the Taranaki community itself.”

He says Mr Chamberlain’s team-first approach is also reflected in the way he attracted talented and committed people to work for the Council, and mentored them effectively. Many have gone on to prominent roles in other regions or nationally. “I think of Stratford as the country’s university of Regional Councils, thanks largely to Basil’s efforts.”

Mr MacLeod says he personally owes Mr Chamberlain a debt of gratitude. “I became Chair at a relatively young age, and greatly appreciated the guidance and wisdom offered by Basil and my Council colleagues,” he says. “Over the years, Basil and I have made a lot of trips together as Chair and Chief Executive, and discussed many issues at great depth. Basil is direct and honest with his advice, and has contributed much to my personal development and Chairmanship skills.”

In particular, he praises Mr Chamberlain’s adept approach to the uniquely Taranaki challenges involved in regulating major oil and gas activity, as well as the part he played in bringing Tūpare, Hollard Gardens and Pukeiti into regional public ownership, and ensuring they are widely appreciated and enjoyed.

“We’ve seen entrance fees removed and far more people visiting the properties and taking advantage of the upgrades that have occurred under Council ownership. This is but one instance of Basil’s foresight and ability to deliver tangible developments for the betterment of the region and its people.”

Mr Walter says the Council’s performance under Mr Chamberlain’s watch earned it numerous awards, including being rated by Federated Farmers as the best-performing Council in the country in 2007.

Mr Chamberlain himself was honoured with a Distinguished Management Award by the Society of Local Government Managers earlier this year. The award citation noted his “intelligent, strong and pragmatic leadership” and said he is known as a “strong advocate of public participation in community governance and the need to empower and work with people to achieve vibrant and prosperous communities”.

He was also honoured with an Outstanding Person Award by the Resource Management Law Association in 2013.

Mr Chamberlain has had numerous external appointments over the years, serving on Ministerial and departmental advisory groups and local government sector working parties and interest groups, mainly dealing with resource management and biosecurity. He has also been included in New Zealand delegations to international forums on planning and environmental issues.

Originally from eastern Southland, Mr Chamberlain studied at Otago University. Later in his career he attended leadership courses at Harvard University in the US, and at the University of Reading and Ashridge in the UK.

In Taranaki, he has served as a Justice of the Peace, as a director of the Taranaki Rugby Football Union, and as a member and Chair of the Board of Trustees for St John Bosco School, New Plymouth.