Stoats, ferrets and weasels have officially been declared ‘pests’ in Taranaki and a new rule introduced to control them, in a move to protect the region’s investment in restoring native biodiversity. 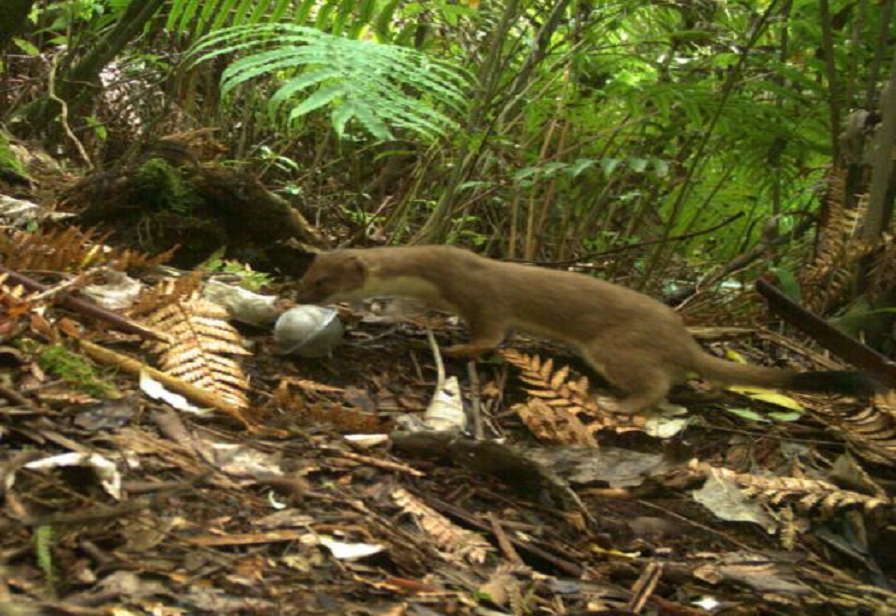 At a Taranaki Regional Council meeting today, councillors voted to amend the Regional Pest Management Plan for Taranaki (the ‘Plan’) to add mustelids (stoats, ferrets and weasels) as pests and a new rule to control them.

The decision followed public consultation on the proposal, which attracted eight submissions including two from iwi authorities. All but one were in general support of the changes.

Council Director-Operations Daniel Harrison says the Plan change is a positive step that recognises the importance of effective predator control to the region.

The Council began rolling out a 10-year rural mustelid trapping programme in 2018, as part of Towards Predator-Free Taranaki.

About 75,000 hectares have been covered with more than 6,000 traps so far, including a trap barrier all the way around Te Papakura o Taranaki (the national park).

In those areas there has been a 90% reduction in mustelid populations, Mr Harrison says.

“We want to acknowledge the work of landowners and farmers who have voluntarily stepped up to do the right thing – both those already within the programme and those trapping mustelids and other predators off their own bat.”

Towards Predator-Free Taranaki is also working to eradicate possums from a 4,500 hectare area from the Kaitake Range down to the coast while its urban project focuses on rats.

“The vision – which we believe our community shares - is to see native birds, wildlife and plants returning to our region and thriving. This new rule is the latest piece of the puzzle to help us achieve that.”

Under the new rule, the Council will identify Predator Control Areas where land occupiers agree to participate. It would then set up trapping networks on their properties. After initial trapping work, the occupiers will be required to take responsibility for the traps and maintain mustelid numbers at a reduced level.

Mr Harrison says while the rule protects the good start Taranaki has made, it will not change the Council’s approach of working alongside landowners and occupiers where ever possible.

Mustelids join 17 other ‘pest’ animal and plant species in the Plan, all of which the Council has programmes in place to control.

Mustelids were introduced to New Zealand in the 1880s in an attempt to manage rabbits. However they have had minimal impact on rabbit populations.

They pose a significant threat to indigenous biodiversity, in particular fauna, skinks, flightless birds (such as kiwi) and birds that nest in holes. Opportunistic predators with a large home range, they have been implicated in the extinction of some native bird species and as the major cause of decline of many others.

They can also carry parasites and toxoplasmosis, which can cause illness in humans and animals, as well as bovine tuberculosis.