Ecological monitoring of Taranaki rivers continues to show encouraging progress but two dry summers in a row have taken a toll on some waterways, the Taranaki Regional Council says. 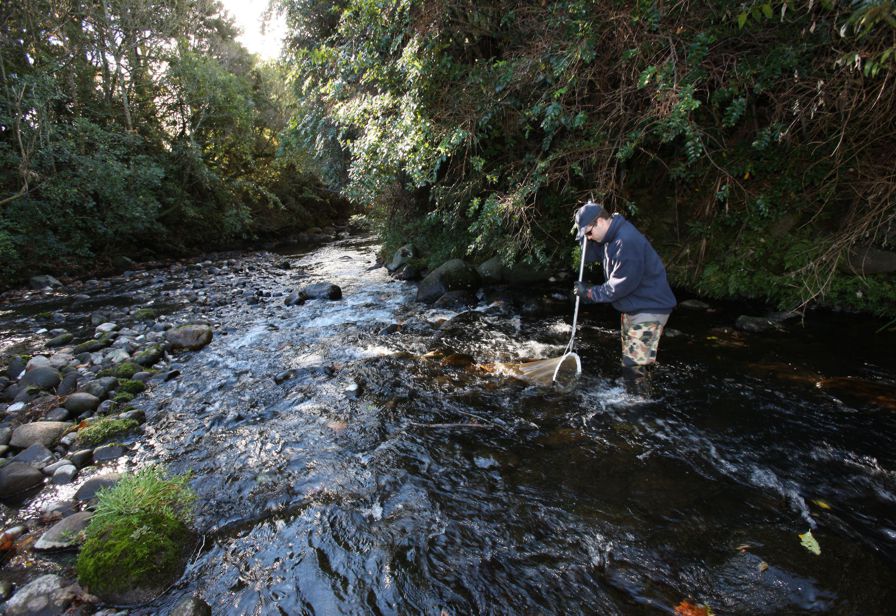 The latest comprehensive monitoring report, covering the 2018-2019 year, says results are as encouraging as they have been in past few years, and even more encouraging than those from earlier years. But a number of sites have plateaued or started to decline.

Ecological health is regarded as the prime measure of freshwater quality and is assessed by examining what sort of tiny creatures are living in waterways, using a nationally recognised scoring system known as the MCI (for macroinvertebrate community index). More than half the 57 monitored sites show strong or very strong long-term improvement, while 81% indicate medium-term improvement or no trend, says the Council’s Director-Environment Quality, Gary Bedford.

Many factors are behind the improvements, he says. These include riparian fencing and planting, the switch to land-based dairy effluent disposal and more rigorous compliance regimes. More improvements can be expected over time.

The 10 sites showing the greatest long-term improvements are:

Mr Bedford says Council scientists investigated sites that are plateauing or showing decline. “We’ve found clear links to drought conditions that occurred in Taranaki during the summers of 2017-2018 and 2018-2019,” he says. “These brought low flows, longer periods without ‘flushing flows’, warmer water temperatures and greater temperature extremes. All of these take a toll on ecological health, and on the trend data that we report to the public.

“We found no links to land use or the level of nutrients or other chemicals.”

This climate cycle is a short-term trend and thus unlikely to be directly related to climate change, whose effects are seen over longer periods.