A New Plymouth pastor with a love of birdlife is inspiring his congregation to get involved in trapping.

A New Plymouth pastor with a love of birdlife is inspiring his congregation to get involved in trapping. 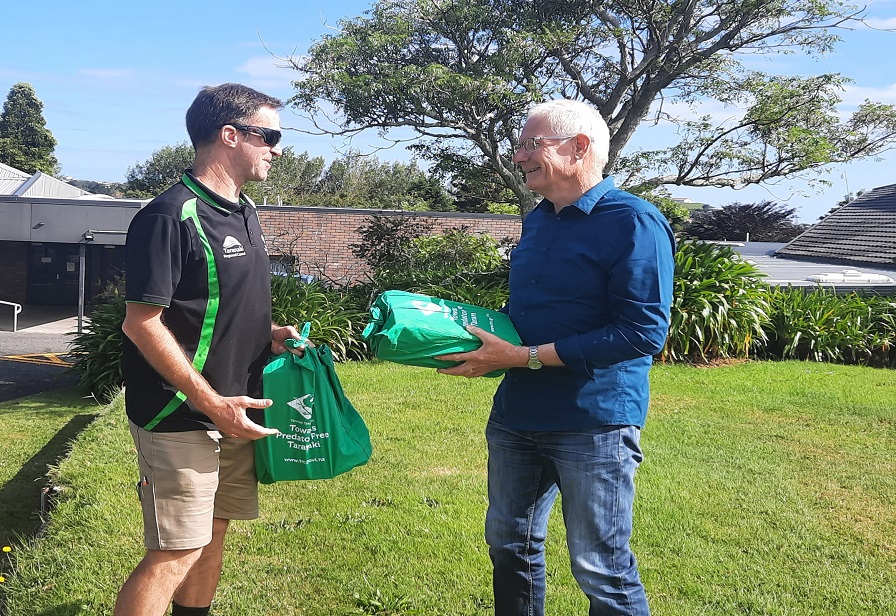 Senior Pastor Steve Batten of citywestchurch started trapping in his own backyard about four years ago, after chatting to neighbours who were keen trappers.

He had instant success, catching a number of large rats and noticing a massive increase in birdlife.

“I love the birdlife and you can really see the dramatic change that can happen when you have a neighbourhood that is committed. Even in just five minutes a day you can make a difference.

“The only one I have still not seen is the bellbird (korimako).  I would love to see a bellbird.”

He’s even had the odd kererū crash into his bay window after overindulging on berries next door and discovering ”the runway was too short”.  But he’s quick to add they all survived and went on their merry way.

It’s a similar story on the church grounds, sitting high on a hill in Whalers Gate. Steve’s been maintaining bait stations, an A24 trap and several T-Rex traps there for about three years, with the number of rats ebbing and flowing over time. He checks the traps most days, when he takes his dog out for his afternoon stroll.

Towards Predator-Free Taranaki community liaison Mark Danenhauer recently got in touch with Steve, as part of efforts to grow the trapping network in Whalers Gate. He dropped off some $10 traps, in case any of the church members were keen to trap at home.

At the close of service one Sunday Steve mentioned what he had been up to and asked if anyone was interested. He says he was “astounded” by the response.

“They lined up for them and the traps just disappeared.”

Mark’s been back a couple of times to restock, with at least 20 more T-Rex traps in backyards across the region as a result.

Mark is delighted Steve has agreed to be a Community Champion for Towards Predator-Free Taranaki, joining a growing number of volunteers playing a key role in bringing back the birds and protecting our native biodiversity.

“Steve’s enthusiasm is contagious so it didn’t surprise me the traps were flying out the church doors!  The challenge for backyard trappers is to keep the momentum going, keep checking and re-baiting their traps and to record their results on trap.nz.”

On that note, the final word goes to Steve.

“You’ve got to be patient. The rats will come in waves, it’s a long-term thing, keep going and you’ll get the results.”