Waitara Town Bridge will be closed to traffic and pedestrians on Wednesday (21 July) from 9.30am to 11am while a new flood barrier is tested. 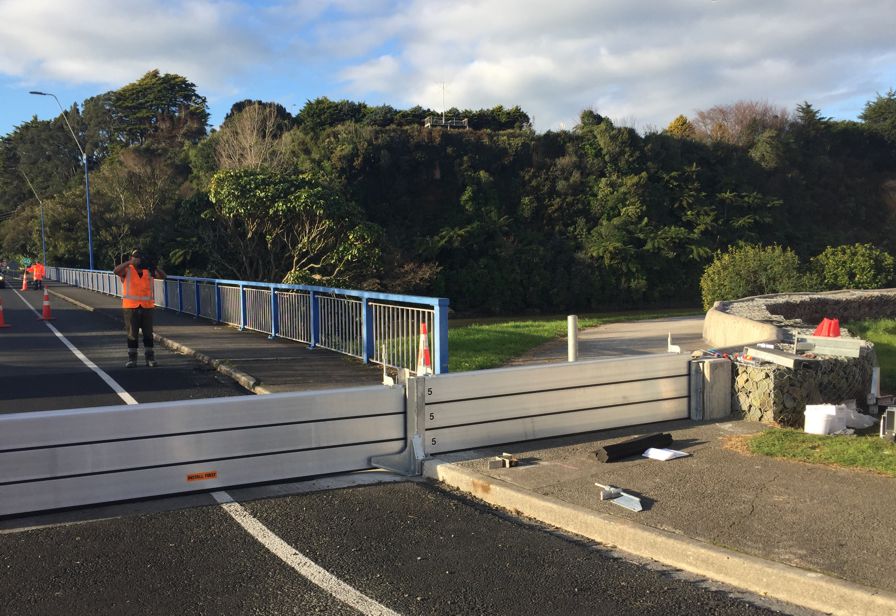 The new flood barrier for the Waitara Town Bridge.

The removable barrier will be deployed at the town end of the bridge if extreme rainfall ever results in the Waitara River threatening to rise above the bridge deck. It’s the final part of a multi-year upgrade of the Lower Waitara River Flood Control Scheme by the Taranaki Regional Council.

“Closing the bridge will inconvenience some residents, and we regret that,” says the Council’s River Manager, Ruan Smal.

“But it will be a relatively minor inconvenience compared with the damage and destruction that a major flood would cause in the CBD. Long-term residents might remember the reality of that in the 1960s and 1970s.”

Traffic will be directed to use the SH3 bridge while the Town Bridge is closed.

Fittings for the temporary bridge barrier were installed in late 2019. The barrier itself is stored nearby as a lightweight kitset, and this week’s test is to ensure it can be deployed quickly and securely.

Mr Smal says the barrier completes a wider upgrade in which floodwalls and stopbanks were raised, rock linings and rock groynes were upgraded, and floodgates installed to prevent floodwater getting into stormwater pipes.

“The bridge would have been a weak link if we didn’t have a way of containing the flow there,” says Mr Smal. “The temporary barrier itself may not look high but it offers significant extra protection considering the river’s depth, width and speed. A smallish rise in the flow above the bridge would represent a considerable volume of extra floodwater.”

A barrier is needed only on the town side of the bridge, as the eastern side is higher and floodwaters would not overtop at that end.

Climate change was taken into account when the wider flood protection upgrade was designed, and Waitara now has protection from floodwaters up to 3,840 cumecs (cubic metres a second).

“That’s above the currently calculated ‘one in 100-year’ flow,” says Mr Smal, adding that the old ‘one-in-100 year’ definition can be misleading, as nature doesn’t work to a scheduled timetable. “It’s more accurate to say there’s a 1% chance of such a flood in any given year, regardless of when the last one was.”

To find out more about the Waitara scheme and other Taranaki Regional Council flood protection schemes, go to www.trc.govt.nz/you-and-your-river/ 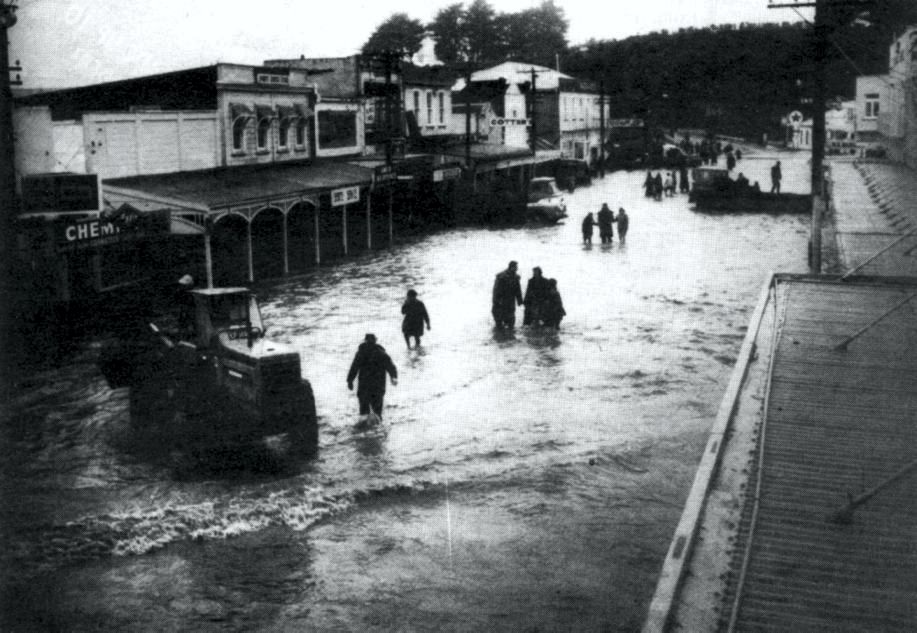