The Taranaki Regional Council owns 100% of Port Taranaki Ltd on behalf of the people of the region. 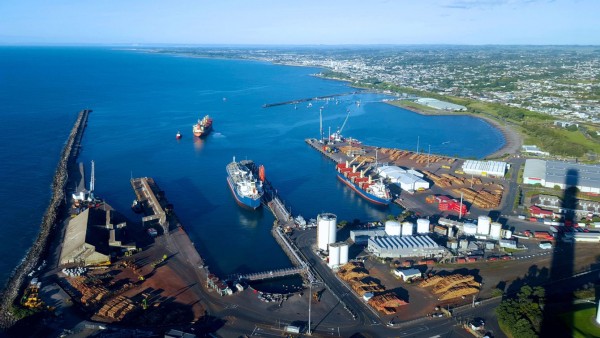 Bulk goods, including petrochemicals, logs, fertilisers and stock feed, make up the majority of trade through Port Taranaki.

The port is a core component of the region’s transport infrastructure and makes a significant contribution to the regional economy.

And its annual dividends to the Council help to offset rates and are a major factor in our status as one of the country’s lowest rating local authorities.

The port’s crucial role to the regional economy hs been highlighted in a series of reports by Business and Economic Research Ltd (BERL), commissioned by the Council. The latest, in 2017, found:

The port is run independently from the Council, with its own Board of Directors and management structure. By law, the Council is limited to a maximum of two representatives on the Board of Directors. These are currently the Council Chairman, David MacLeod, and Cr Charlotte Littlewood. The Board has a total of seven members.

In recent years the port has been reporting record revenues in the face of trading conditions that are sometimes volatile.