'Grandstand view' of work on grandstands

If you’re keen for a first-hand look at progress on the Yarrow Stadium Redevelopment Project, you’re in luck – a new public viewing area offers a ‘grandstand view’. 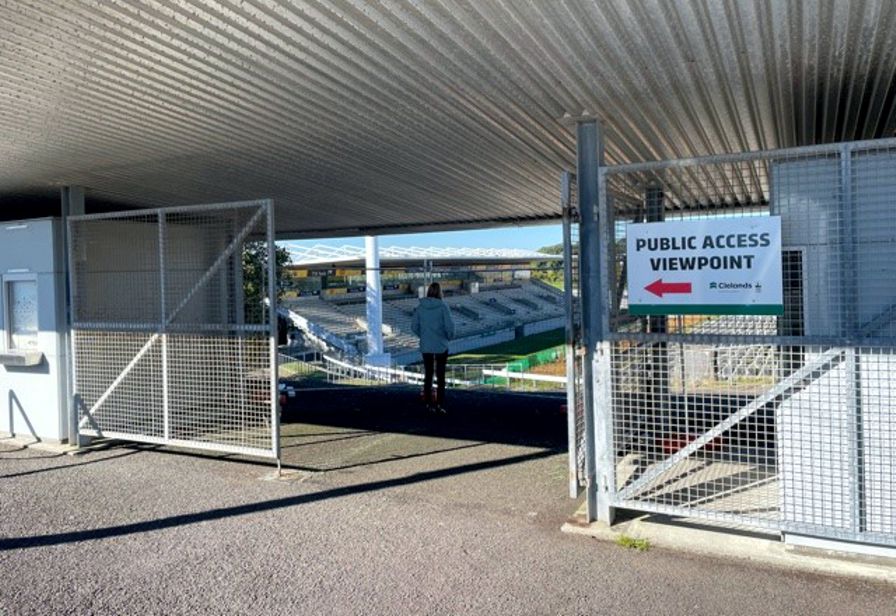 The vantage point is at the ticket booths at Gate 1 in Maratahu Street.

“We know there’s a lot of public interest in how the project’s going, so we expect the viewing area will be well used,” says Mike Nield, Director-Corporate Services for Stadium owner TRC. “It will be a particularly good place to watch the action as the East Stand (TSB Stand) is demolished and its replacement is built.”

For health and safety reasons, the site itself remains strictly off-limits to the public, even when gates are open to allow access by approved contractors and their vehicles.

The budget for the project is $50 million, with $20m of this covered by a ‘shovel-ready’ grant from the Government.

Keep up with project news on the Yarrow Stadium Facebook page, www.facebook.com/YarrowStadiumTaranaki(external link), or at www.trc.govt.nz/yarrow-stadium.

The Yarrow Stadium viewing area is at Gate 1.