The redevelopment of Taranaki’s iconic Yarrow Stadium achieved another significant milestone as work gets underway to replace the roof on the West Stand. 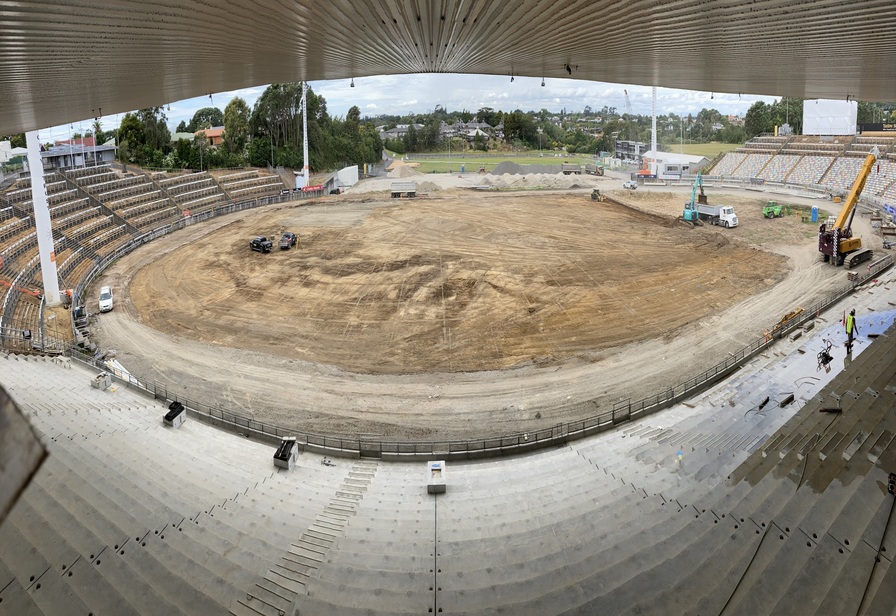 Completing the West Stand roof in 12-16 weeks will also see the Yarrow Stadium refurbishment project on track for a planned reopening for the 2022 winter sports season.

“Accordingly, Council decided to replace the West Stand roof based on expert engineering advice which demonstrated it was much more feasible than a repair. Importantly, replacement also remains within the original project budget, so it is a win-win all round for the people of Taranaki,” says Mr MacLeod.

“Engineering recommendations for additional strengthening during the consent process showed that repairing the existing roof to full code carried potential future costs and risks, which is not acceptable best practice for us and our construction partners.

“This move from repair to replacement of the West Stand roof is a normal variation during this phase of a construction process and means we still get to deliver the vision of the best regional stadium in New Zealand.”

“We are excited that the people of Taranaki will have their Yarrow Stadium back again soon as a functioning facility in time for the resumption of winter sports. Despite disruptions caused by COVID-19 alert levels, our focus continues to be ensuring progress on all aspects of the Yarrow Stadium refurbishment and repair,” says Mr MacLeod.

The project is has received funding of $20M from the Government’s IRG Covid Recovery Fund. Yarrow Stadium will reopen with a repaired West Stand, new hybrid Grass Master turf, and replacement LED lighting. The new East Stand is forecast to open in 2024.