New Plymouth businesses are doing their bit to bring birds back to the CBD – and it just might be working.

New Plymouth businesses are doing their bit to bring birds back to the CBD – and it just might be working.

Ask the team at RMY Legal, who have been trapping rats around their Powderham St office for about two years.

“Whether now we’re trapping we’re more aware or if we really are encouraging more birds it’s hard to tell but it feels like we’re doing something good,” says associate Rachel Standring.

It began when Rachel and registered legal executive colleague Lisa Steffensen heard about Towards Predator-Free Taranaki, began trapping at home and wanted to get others involved.

“We went and had a talk to the partners and practice manager and said ‘hey is it okay if we send an email around and organise to get some traps in for people to give it a go at home?’ At the same time we got traps for the office,” Lisa says.

After a morning tea training session a trap was set near the office car park, which borders a small piece of native bush.

“The next morning we had a rat. We were so excited,” Rachel laughs.

Now, they have three traps that staff check about once a week.

Rachel, who with her partner looks after a trap loop in Vogeltown, admits it’s satisfying when you catch a rat. But that’s not what drives the RMY Legal trappers.

“In town (rats) are more likely to be in nooks and crannies and I think it’s been surprising for many staff members how many we’re catching,” Rachel says. 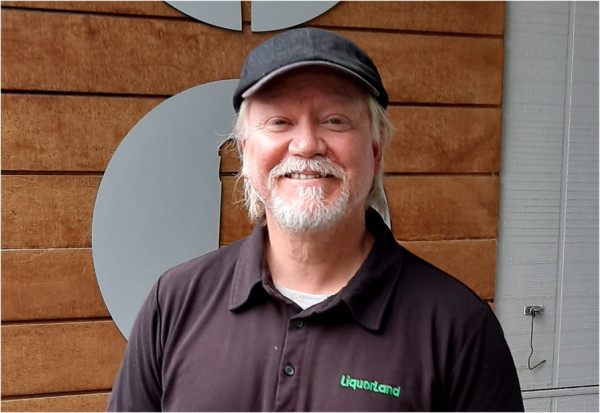 He’d been successfully trapping at home so grabbed a couple for around the store, which backs onto the Huatoki Stream and is next to a disused building.

“We were getting success after success. Some of the rats were as long as a bottle of lemonade (1.5l).”

The chips he uses as bait must be doing the trick has as he hasn’t had a catch since April, nor any more rat problems.

“We’ve started to see a hell of a lot more fantails around, we’ve got a family of pukeko that have now moved in. And wood pigeons, we’ve got heaps of them around here now. You hear a lot more birdsong.

“It would be really good to see more businesses trapping, I think they would benefit from it. People are going to enjoy seeing tūī flying around or see native birds that they hadn’t seen before.”

Powerco has also thrown its support behind Towards Predator-Free Taranaki. Staff from its Junction St base have been checking traps on the Te Henui walkway for about a year.

Powerco Environment and Sustainability Manager Rebecca Dearden says many staff walk in the park at lunchtimes and in their own time so it made sense for them to check traps while they are at it.

She says staff have noticed an increase in birdlife in the park and surrounds and get great satisfaction from doing their bit. 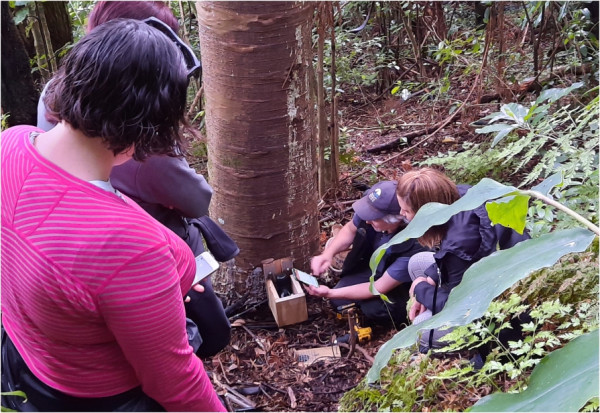 “We have traps in public parks and walkways your team could take responsibility for. Buy a few $10 traps and set them around your premises, checking them regularly. Or encourage staff to trap at home.

“They’re easy ways to give back to the community and make Taranaki an even more beautiful place to live.”