Toutouwai spreading their wings in Taranaki

Intensive predator control and riparian planting are helping toutouwai (North Island robins) spread their wings across the region, three years after they were re-introduced to Taranaki Maunga.

Intensive predator control and riparian planting are helping toutouwai (North Island robins) spread their wings across the region, three years after they were re-introduced to Taranaki Maunga. 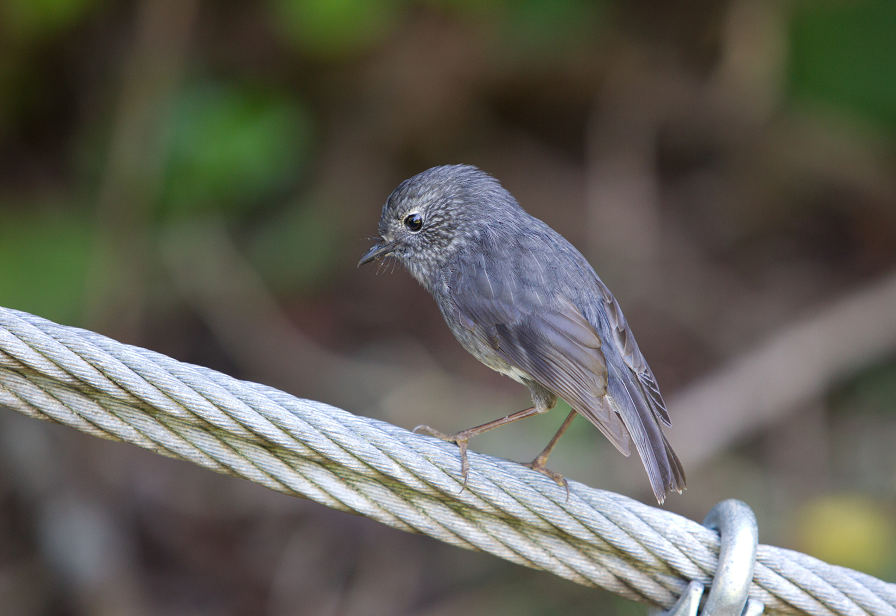 Two toutouwai were spotted at Lake Mangamahoe by members of the public last week, at least 15km from Te Papakura o Taranaki (the national park).

Nearly 100 toutouwai have been released by Taranaki Mounga Project(external link) since 2017 – which was 110 years after they were last sighted on the maunga. The national park population is gradually increasing, with a successful breeding season last summer.

However toutouwai are extremely susceptible to introduced predators such as stoats and rats and are reluctant to fly across open farmland. 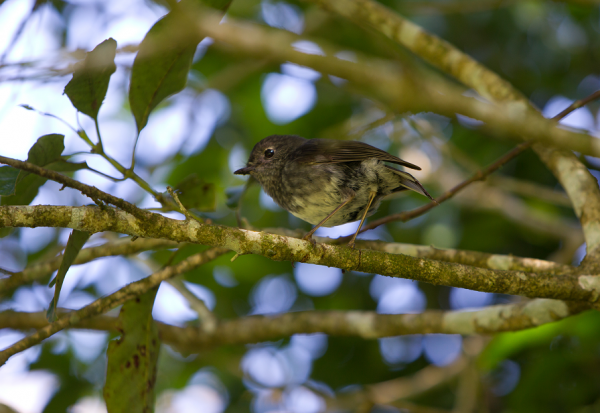 The aim of Towards Predator-Free Taranaki is to provide safe, predator-free habitats to help protect and restore our native species.  Toby believes the spread of the toutouwai has been made possible by the effort of farmers and landowners on the ring plain.

“The area from the maunga to Lake Mangamahoe came within the first phase of Towards Predator-Free Taranaki’s rural programme back in 2018. We set up trapping networks, which the farmers are now maintaining, that have reduced stoat numbers by at least 90%.

“This complements the incredible work Taranaki Mounga Project is doing on the maunga, together allowing safe passage for not only toutouwai, but other native birds such as the whio.” 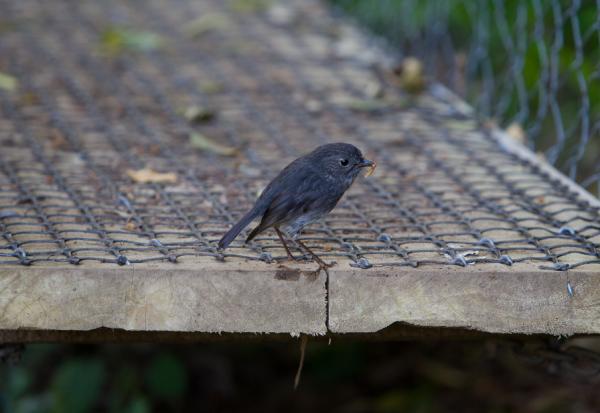 He says another key factor is riparian planting. Over the last 25 years the Taranaki Regional Council has been supporting landowners to plant native trees along the banks of waterways.

“These provide pathways for the movement of birds – they’re essentially safe corridors down our waterways.

“This kind of result is exactly what Towards Predator-Free Taranaki set out to achieve and shows what can happen when we all work together.”

Have you seen a toutouwai? Report it at http://taranakimounga.nz/restoration/our-birds/toutouwainorth-island-robin/(external link). 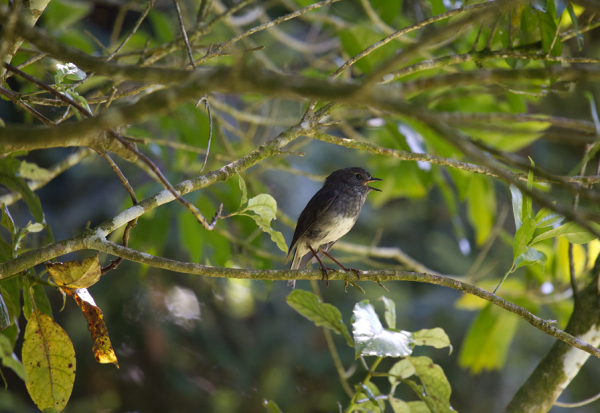