Almost 14 years of lobbying by the SH3 Working Party has resulted in a Government allocation of accelerated funding for three major works on the route, including bypasses of Mount Messenger and the Awakino tunnel.

The Taranaki Regional Council established the State Highway 3 Working Party in 2002 in response to ongoing concerns about the route security, safety and efficiency of the SH3 between Taranaki and Waikato.

The group includes representatives from: 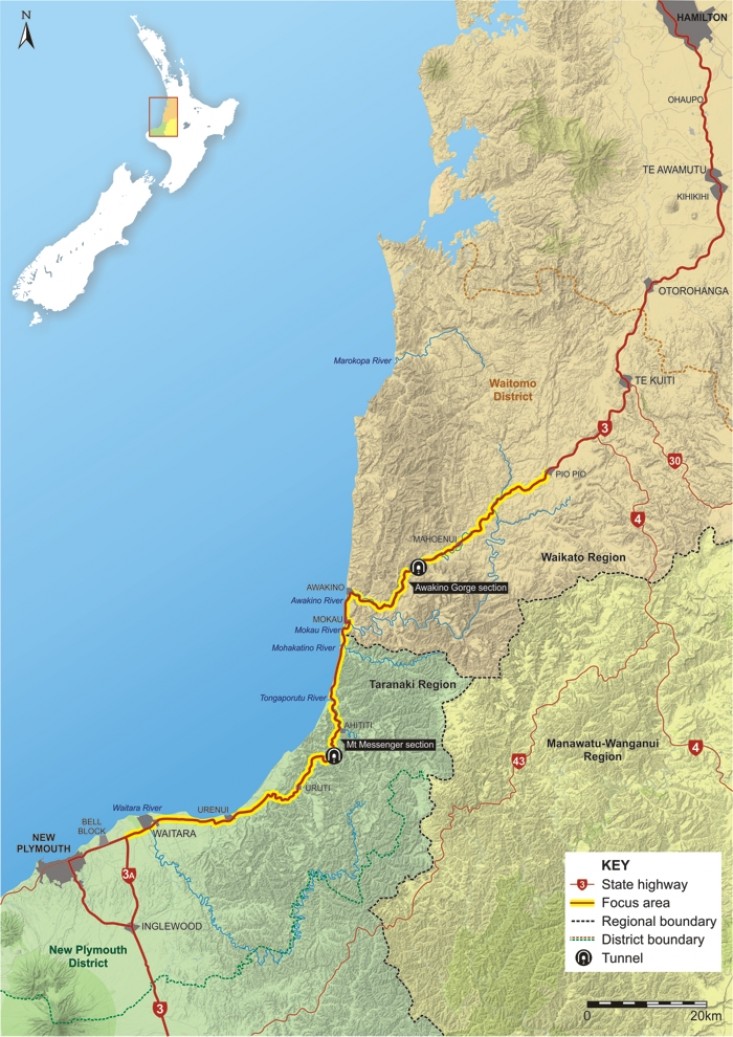 In recent years, the Government has responded to calls for action and a number of safety improvements have been made to the route, including corner straightening, new passing lanes, widening of the Awakino Tunnel and better signage. However, issues such as closures due to slipping and traffic incidents have continued to plague the road.

In 2012, the Venture Taranaki Trust published a report on the economic value of this important transport link. The report found that SH3 could be viewed as an ‘arterial gateway to our major trans-Tasman trading partners’ and an improved route north would support greater economic diversification for the region.

In 2016, the Government recognised the strategic value and potential of SH3, and the role of infrastructure as an economic driver across regional and national growth.

New road on the horizon

Fourteen years after the SH3 Working Party was established and almost 100 years after concerns about SH3 were first raised, the Government has decided to fund an upgrade of Mount Messenger and the Awakino tunnel. Council Chairman David MacLeod said it was the ‘best single decision in several decades for the region's road network and the economic activity that relies on it’.

The multi-million dollar upgrade is expected to increase tourism, economic productivity, and the flow of goods and services and safety on our roads. Currently in the planning stage, construction is set to be underway by 2018.